Hydrogen! is an iOS app dedicated to the visualization of the atomic orbitals of the hydrogen atom as described by quantum mechanics. It is designed to be a tool for teachers and students who are already familiar with some quantum mechanical conc...
iOS
Tweet
Sonntag, 13. Dezember 2015, 21:10 Uhr

Hydrogen! is an iOS app dedicated to the visualization of the atomic orbitals of the hydrogen atom as described by quantum mechanics.

It is designed to be a tool for teachers and students who are already familiar with some quantum mechanical concepts, but anyone may appreciate the beauty of quantum mechanics! :)

So, what does an atom look like? Well, it has a nucleus around which its electrons move just like planets around the sun, right? WRONG! :)

In quantum mechanics we lose the classical concept of trajectory: not only we don't know where an electron really is, the electron actually isn't really anywhere until we "look" at it!

Of course this may sound crazy for anyone who isn't familiar with quantum mechanics. Don't worry though: for any region of space around the nucleus the electrons have a probability of actually being there when we take a look, so thinking in terms of probability we still have some really important informations – visualizable informations – we can refer to.

For the hydrogen atom we are actually able to make exact calculations about this probability, and that's why it is one of the most important result of quantum mechanics.

Hydrogen! is a tool for displaying hydrogen atom wavefunctions, meaning we may somehow see what this quantum mechanical object actually “looks” like!

• See any wavefunction modulus or display phases as colors

• Separation of variables: display only the radial or the angular functions (the so-called spherical harmonics)

• SUPERPOSITION mode: mix the stationary states any way you like, for example to create the so-called "real orbitals" or a state which is not stationary at all!

• DIPOLE TRANSITIONS mode: choose a starting orbital, see the transitions permitted by the selections rules and choose one. The corresponding photon emission/absorption will be displayed. You may also notice the metastability of the 2s state!

• DIHYDROGEN CATION mode added! See the first 10 lowest-energy states of the H2+ molecule, each one computed for different values of the internuclear distance, from 0 to 10 times the Bohr radius.
The solutions were computed using the Linear Combinations of Atomic Orbitals (LCAO) method and the variational method.

• ⓘ INFO MENU: you may read informations about how to use Hydrogen!, learn more about the quantum mechanics behind it, what you can actually see and what you should look for! 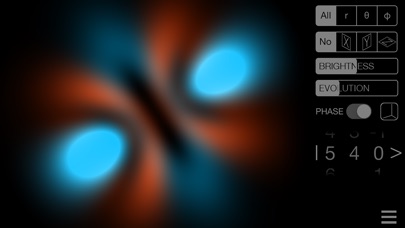 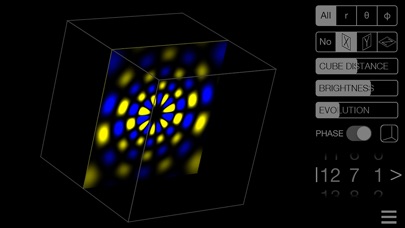 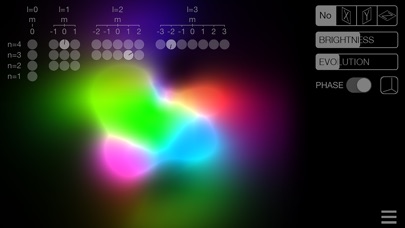 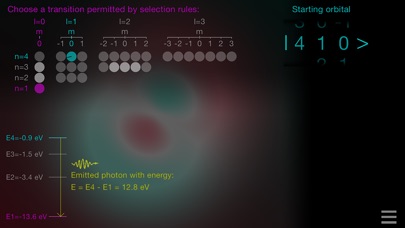 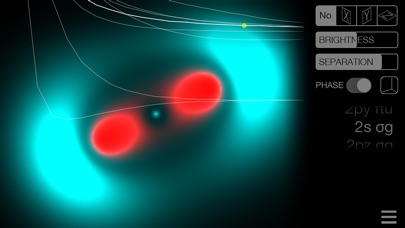 The U.S. Department of Energy’s Office of Energy Efficiency and Renewable...

CALIBRE is about watches, instruments of daily wear marking time and...