** Timi Learns! Gujarati is a fun and interactive way for 2-5 year old kids to learn Gujarati. **

What's new
Announcing the release of a brand new Play! Area with 3 exciting games for kids to test their language skills.

What is Timi Learns! Gujarati?
Timi Learns is a series of seven language packs exposing kids to various grammatical constructs of the language.After extensive research and talking to experts in the field of bilingual language acquisition we have developed this learning tool to mimic the natural language learning process of young kids by emphasizing on the spoken word and sound-word association.

> 100+ common objects that are part of the day to day communication of the kid's environment.
> Original artwork which is both fun and engaging for kids.
> Learn by discovery. Find all objects in a scene and celebrate with Timi.
> Hear precise pronunciations recorded by native speakers of the language.
> Record your child's first words.
> Timi - We love Timi and you will too.

Play area
The Play area is where kids can test their language skills while having fun playing 3 exciting games.
-Game1-Listen and match
Listen to the word and match the object
-Game2-See and Drag
See the object and drag the right sound to it.
-Game3-Catch the object
Catch the right object before it flies away.

Parents zone
The parent zone contains a report card section where parents can review the progress of their kids.

A Safe Play Area.
Timi Learns! strives to provide a safe play area for kids.
This means :
- No Ads
- All in-app purchases behind parental gates.
- No personally identifiable information collected from kids.
- No external links in the kids play area.
- For a detailed look at our privacy policy go to: www.timilearns.com/privacy.html

Why learn a new language?
Because one language is never enough. 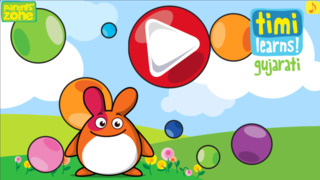 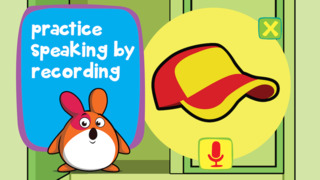 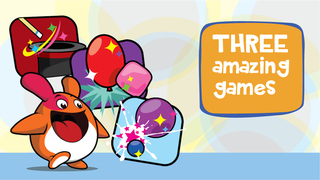