Are you ready for the extreme action and show down in Helicopter Air battle Gunship, an action game that combines shooting and sniping in 3D graphics with CHAOS Gunship helicopter controls and invading into enemy warzone military base eliminating ...
ios
Tweet
30 de mayo de 2016 05:39

Are you ready for the extreme action and show down in Helicopter Air battle Gunship, an action game that combines shooting and sniping in 3D graphics with CHAOS Gunship helicopter controls and invading into enemy warzone military base eliminating snipers and gunship warriors in this epic air battle gunship battlefield, set the cross hair and take your perfect kill shot and be a bravo solider. You will find yourself whirling through the skies across intense crossfire.

Take the dominance of your sea port taken over by the terrorists enemy commandos and military base attackers, step up into the chopper helicopter, load your machine gun installed and show down the epic battle, chopper war, Endeavor chasing, striking, shooting Apache gunship air attack helicopters, choppers and drone attack copters. Destroy enemy’s supply line through the water channel, hunt down from air to ground shooting in advance stealth helicopters to win this Helicopter Air Battle Gunship and retain your honor. This horrific epic battle is a call of modern air battle warfare and it’s a monster ground and air strike. The enemies’ battleships are on the way to shore with heavy artillery and battlefield sniper shooter troops. Hold the fixed-wing VTOL aircraft. Watch out for the enemy’s crossfire, save yourself. Immerse yourself in Chickasaw, Choctaw, and Chinook, huey gunship cobra helicopters and destroy your opponents.

Experience the thrilling action of Helicopter Air Battle and Gunship, as a brand new addition in the air battle action and simulation games with an extreme concept of air battle gunship fighters and machine gun operators. Perform your duty like a hero in Helicopter Air Battle Gunship shooter in this epic modern air battlefield of gunship helicopter. HELICOPTER AIR BATTLE GUNSHIP is an specific helicopter base attack on seaport combat mission game that you need to complete and kill all the enemies on the ground shooting them from helicopter machine gun and become an ultimate savior gunship air attack shooter. Take your best kill shot to kill each and every enemy on the seaport and dockyard. Use the 25mm Gatling gun, , auto-cannons, howitzer cannon and other deadly weapons to eliminate the enemies.

Engage yourself in this 3D realistic Air Combat helicopter assault operation simulator and be a CHAOS, experience the deadly and fierce air combats while hanging and flying into the extreme hardcore choppers and helicopters. This epic helicopter air battle gunship 3D simulator, is an action packed shooting simulator where you have to play the role of a machine gun operator from helicopter, this air combat mission involving an army base dockyard and seaport captured and attack by the terrorists. As an Elite and Bravo Lone Commander and SWAT kill shot army aviator you need is to pull the trigger and hang-on to the air battle helicopter, engaged in helicopter air attacks in order to destroy enemy soldiers and clear your seaport and naval dockyard. All you need is to perform air shooting and take your best kill shot to kill all the enemies. 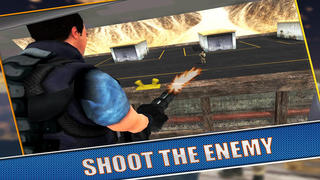 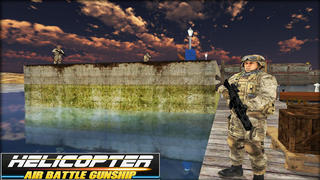 WOW your friends by transforming your photos into a screenshot from the...