The classic C++ programming language for iPad, iPhone and iPod touch. Programming language is a perfect tool for studying, complex mathematical calculation, entertainment and many other useful tasks. The application is especially useful for learni...
iOS
Tweet
Sonntag, 13. Dezember 2015, 19:04 Uhr

- You have to buy compilations inside the application.
- Internet connection is required.

- The great programming tool on the AppStore.
- Your programming language for iOS is amazing!

- Internet connection is required to compile and run a program.
- Graphics, network, file system and real-time input are not supported.
- Maximum running time of a program is 15 seconds.

Look for the "C Programming Language" on the AppStore too. Thanks for using the application!

C++ (pronounced "cee plus plus") is a statically typed, free-form, multi-paradigm, compiled, general-purpose programming language. It is regarded as an intermediate-level language, as it comprises a combination of both high-level and low-level language features. It was developed by Bjarne Stroustrup starting in 1979 at Bell Labs as an enhancement to the C language. Originally named C with Classes, the language was renamed C++ in 1983.

C++ is one of the most popular programming languages with application domains including systems software, application software, device drivers, embedded software, high-performance server and client applications, and entertainment software such as video games. Several groups provide both free and proprietary C++ compiler software, including the GNU Project, Microsoft, Intel and Embarcadero Technologies. C++ has greatly influenced many other popular programming languages, most notably C# and Java.

C++ is also used for hardware design, where the design is initially described in C++, then analyzed, architecturally constrained, and scheduled to create a register-transfer level hardware description language via high-level synthesis.

Bjarne Stroustrup began work on "C with Classes" in 1979. The idea of creating a new language originated from Stroustrup's experience in programming for his Ph.D. thesis. Stroustrup found that Simula had features that were very helpful for large software development, but the language was too slow for practical use, while BCPL was fast but too low-level to be suitable for large software development. When Stroustrup started working in Bell Labs, he had the problem of analyzing the UNIX kernel with respect to distributed computing. Remembering his Ph.D. experience, Stroustrup set out to enhance the C language with Simula-like features. C was chosen because it was general-purpose, fast, portable and widely used. The first commercial implementation of C++ was released on 14 October 1985.

In 1983, the name of the language was changed from C with Classes to C++ (++ being the increment operator in C). In 1985, the first edition of The C++ Programming Language was released, providing an important reference to the language, since there was not yet an official standard. Release 2.0 of C++ came in 1989 and the updated second edition of The C++ Programming Language was released in 1991. New features included multiple inheritance, abstract classes, static member functions, const member functions, and protected members. In 1990, The Annotated C++ Reference Manual was published. This work became the basis for the future standard. 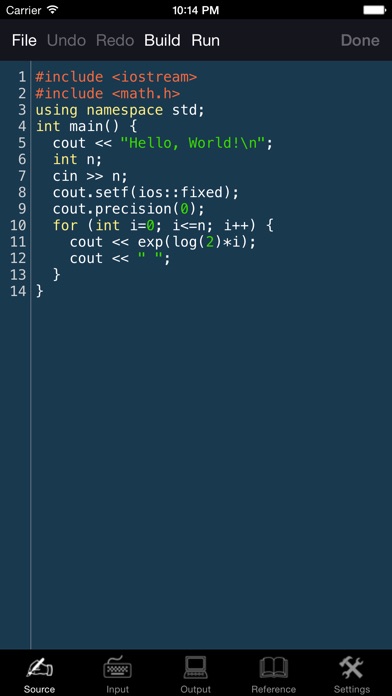 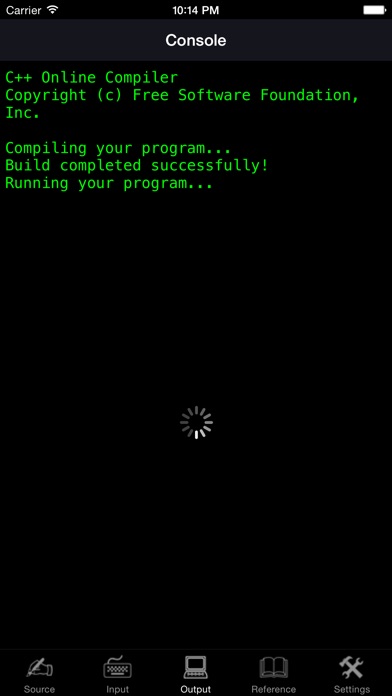 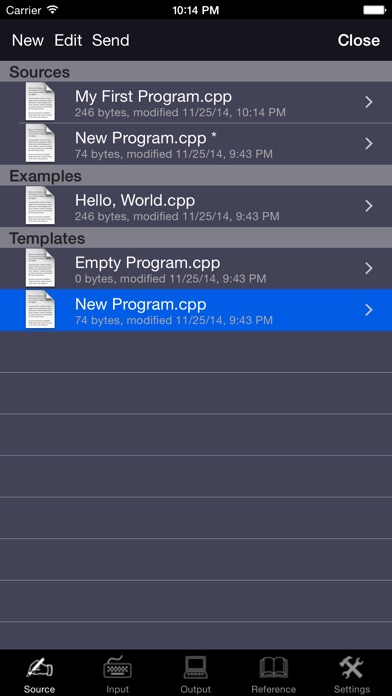 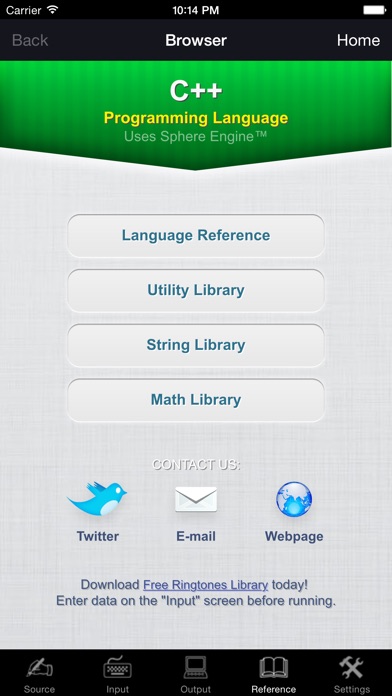 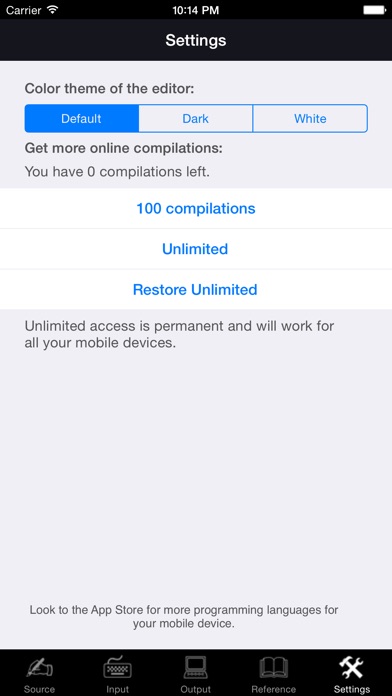 SQL programming language for iPad, iPhone and iPod touch based on SQLite...

If you are interested in learning to write code this app is definitely for...